Yes, I know...updates are long overdue 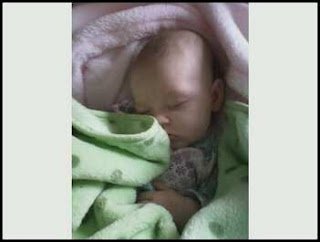 It has been way too long since i posted a blog...and the wait will be a bit longer...but in the meantime, enjoy a few cell phone pics of Camryn and a couple of quick updates. She is now 22 inches long and counting, and is also over 10 lbs...so as of the 2 month checkup she's 3 inches longer than at birth and weighs 4 lbs more as well. But that checkup was already 2 weeks ago so who knows...

Also, one major bonus for Kimmie and myself is that Camryn now regularly sleeps though the night! She was going from about midnight until about 7-8 in the morning, but we've been trying to put her down earlier and earlier every night...so she now goes to bed around 11-11:30 and gets up anywhere between 6:30 and 7:30. Not too shabby. I hope she keeps it up.

In addition, Grandma Hopkins spent her first day at our place yesterday watching Camryn as Kim sadly had to return to work. As crappy as it was for Kimmie to head back, she handled it really well; but was still very, very sad to have to go back. Especially since Kim's first day back was a late shift -- which meant that she didn't get home until about 9:30. I was glad to hear that Mom and Baby had a nice long morning nap on the couch before Kimmie had to get ready for work, but it didn't make it any easier when it was finally time for Kimmie to go. 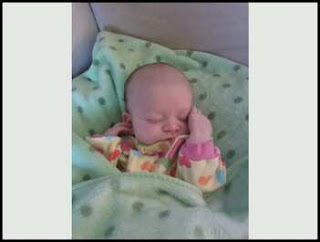 I was not there but from all accounts, Kimmie and Grandma H both had a few tears in their eyes when it was time for mom and baby to part ways... but the good news is that despite having to work a whopping 52 hours this week, they actually let Kimmie go home at the end of the day. And both Camryn and Kim were equally as happy to see each other last night when that time finally came...this is evidenced by the sizable poop that Camryn had while Mommy was holding her...just a few minutes after returning home.
Well, as the age-old saying goes, you only poop on the ones you love the most. 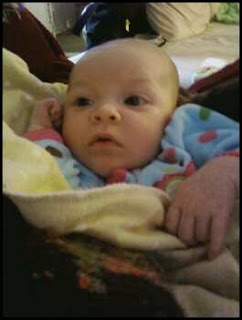 Posted by jbryanhopkins at 5:52 AM No comments: