Camryn took her first steps on Monday, September 6, 2010. Since then she has taken as many as 30 steps in a row!
Posted by jbryanhopkins at 9:12 PM 1 comment:

A few great pictures from Florida

These are all from Uncle Pete's camera. We had a BEAUTIFUL day at the beach in Clearwater on Sunday (May 30). Blue skies, white sand, bathtub-like ocean conditions, some cold drinks and delicious burgers followed up by a PERFECT sunset. It was a great day, and a great vacation. Camryn is now a grizzled veteran when it comes to traveling and she had a wonderful time in Florida all week.
We did Universal, saw Pete, Carolyn and Corey, and did a LOT of relaxing and unwinding. Can't wait to be back so we can visit Harry Potter next!! 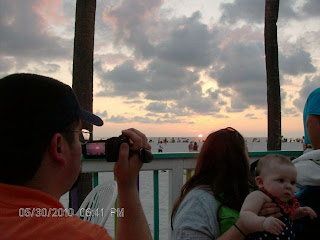 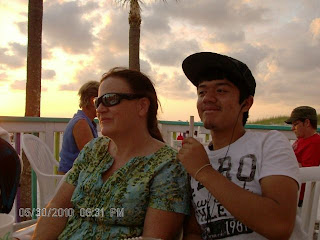 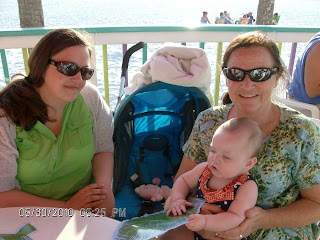 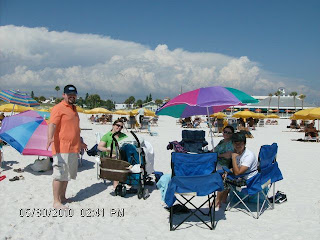 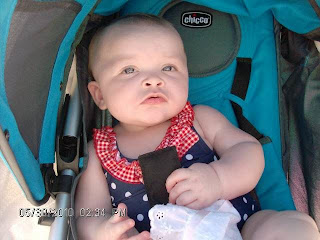 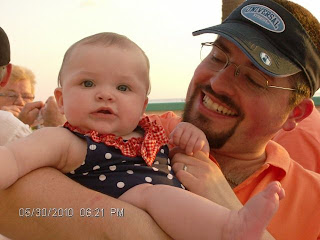 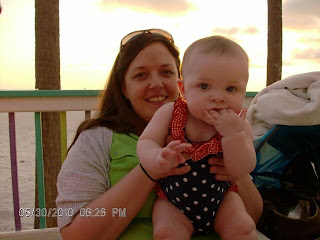 Oh, and Uncle Pete was the one taking these pictures so unfortunately he's not in any of them...and unfortunately the only photo i have access to at work is this one: 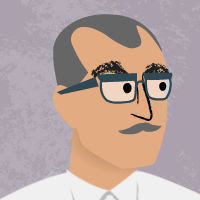 Just picture palm trees and the beach in the background and a bathing suit and tee shirt instead of a dress shirt and tie...


Posted by jbryanhopkins at 10:15 AM No comments:

Posted by jbryanhopkins at 1:38 PM No comments:

AND BABY'S FIRST WORD IS...

At approximately 8:30pm on Monday, May 17th 2010, Camryn Rose Hopkins said "Dada." And now I'm going to give you an overly detailed account of how it all went down... 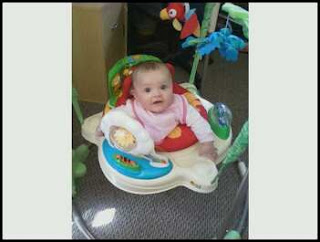 So there I was, working on a quadratic equation that COULD very well hold the key to curing various forms of cancer...i was feverishly puffing away at my pipe and intently swirling my snifter of brandy...ok, fine. we were eating tacos and watching a show about midgets. and i know midget is no longer PC but its funnier than "Little People" or "Dwarf" so i went with it. big deal.

Anyway, Camryn had one of her signature ass-explosions just before we sat down to eat. Upstairs we went for a changin'. So I was changing her upstairs as usual and she was just staring at the wall, doing the usual baby things. Then suddenly, Camryn started making the correct motions with her mouth and breathing faint sounds at the same time...so it sounded like she was whispering "daa daa daa daa daa daa" over and over. I kind of dismissed it because I tend to think that we trick ourselves into hearing "words" that aren't really words whenever Camryn makes sounds. When she says her first word, we want to get it right and have it actually BE a first word.

I muted the TV so we could take a closer listen. Camryn was focusing all her attention on the white couch cushion. As the minutes went by, the quiet whisper of "daa daa daa daa daa" became a slightly harder "daadaadaadaadaa" which became a significantly more confident "dadada," and eventually, after a lot of persistence, and the addition of a bit of bass in her voice, Camryn belted out a perfect, and quite audible "DA DA" to our great delight and pride.

To be sure, Kimmie and I both said "da da" a few more times so that she could repeat...and she did...and on most repeat performances, the hard "DA DA" would eventually trail off into the soft "daa daa daa daa daa," which is quite possibly the cutest thing I've ever heard in my life. "DA DA" makes me proud, but "daa daa daa daa daa" makes me giggle like Homer Simpson when he hears the word "titmouse." Yeah. It's that good.

Also, I could tell this was the first word because Kimmie's eyes welled up with tears every time Camryn said it...that's never happened...Its the real deal. What a great moment. DADA!

As I said to you last night, Camryn: "Well done kiddo. Ya did it!"

We did get a LITTLE bit of it on video later in the evening. I'll try to edit and post it this week. 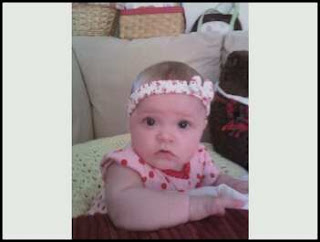 Posted by jbryanhopkins at 4:34 AM 2 comments:

Here are 2 pics from Easter. We had dinner with Grandma and Grandpa Hopkins (at their house), as well as Great Grandma Young. Camryn sat in her "bumbo" seat and watched us eat delicious chicken and mashed potatoes (in between slobbering on herself and throwing her toys on the floor). After that, she got to have her own Easter dinner (not grilled chicken or mashed potatoes) followed by a nice long nap in Mommie's arms 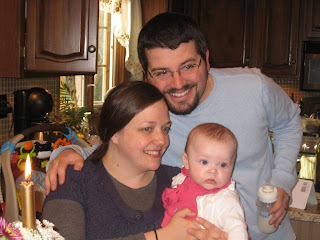 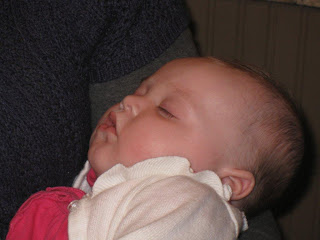 Posted by jbryanhopkins at 5:59 AM No comments:

this video speaks for itself. :)

Posted by jbryanhopkins at 12:38 PM No comments:

Our Trip to Palm Springs!

Well, I uploaded our pictures from our trip to California but haven't had any time to go through them...luckily Mom (Grandma H, that is) has put a bunch of her pics online...they are excellent, so check them out at this link:
http://www.kodakgallery.com/gallery/creativeapps/slideShow/Main.jsp?token=791222983803%3A1268942236&sourceId=533754321803&cm_mmc=eMail-_-Share-_-Photos-_-Sharee
Camryn had a great first vacation...she handled the flights to-and-from CA like a pro (and got TONS of compliments from all the other passengers and flight attendants) and she loved the nice warm weather in california. In 1 week she had her first 1.)plane ride 2.)cable car ride up a mountain 3.)trip to california (obviously) and 4.)her first swim in a pool.
Lets see...I had my first plane ride at age 12, my first trip to california at age 29 (ie, last week) and my first cable car ride up a mountain at age 29 (ie, last week) so this kid's gonna be pretty well traveled before she can even walk... Hopefully she will carry a love of traveling throughout her life and will get to see every corner of the world...well, maybe not EVERY corner...but a decent amount of nooks, at least.
Thanks to Mom and Dad for having us out in Palm Springs for the week! We had such a great time, and just like all vacations, it went by to fast!! We loved being out in the beautiful weather with you guys and we can't wait to do it again next year (and bring Camryn down the water slide at the pool :) It was a great week, and we all had a wonderful time with Mom (Grandma), Dad (Grandpa), (Auntie) Jess, and (Unkie) Solar and Camryn's new friends Conrad and Beverly (whose very nice gift -- a framed picture of Camryn -- has been prominently featured in our living room since we came home last week).
Unforgettable time in California!! We cannot WAIT to do it again!! Until then, Camryn has what is commonly known as the travel bug, so Florida here we come!! See you in May, Mickey :)
Oh and here is Camryn enjoying her first plane rides (the first was from Albany to Chicago, the second is from Chicago to Palm Springs and the third is her sleeping on Mommy's shoulders from Palm Springs to Chicago on the way back): 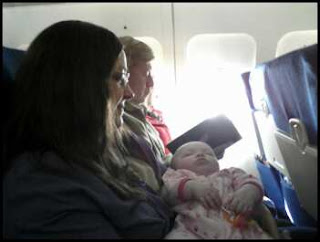 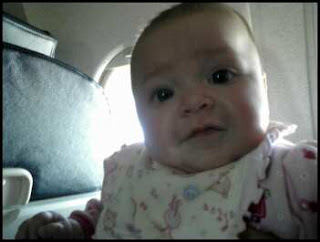 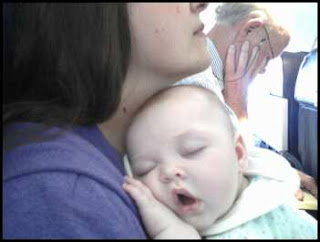 Posted by jbryanhopkins at 4:32 AM No comments: